So you choose the little bundle of fluff, take him into your life, feed him and look after him, as he wags his tail with the enthusiasm of a PUP who wants to please his master.

But once he’s settled in, he starts chewing and biting everything, including you and your family, and then the grand revelation dawns… Instead of a cute little ball of fluff, you’ve got yourself a Pit Bull, that will turn quicker than Abbott on his promises, and attack not only the hand that feeds him, but the whole damned family.

Enter Clive Palmer, the PUP that has already started biting the very ones that supported 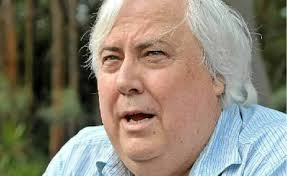 I have to say that I was somewhat surprised to see that he actually voted to repeal the carbon price, in the lower house, as that smacks of a gross conflict of interest, which he himself declared, by abstaining from the previous votes.

Now I know that it would have been difficult to abstain from voting on his own amendment, but he’s now shown his hand, and there’s no turning back.

And now that we have Abbott, who screamed FOUL, from the rooftops, over any

Now I have to admit that knowing full well his past with “Crooked, Gerrymander Joe”

and his lifetime membership of the LNP, and their biggest single donor,  I really hoped, beyond hope, that he had  had a “Road to Damascus” moment, and seen the folly of his ways?… But sadly no!

A leopard can’t change its spots, any more than a Palmersaurus/Dinosaur  can change the world to accommodate the fact that it only lived in the dim, distant past and has no place, or relevance in the 21st century.

Having said that, any disaffected Labor voters that jumped onto the PUP Titanic, should 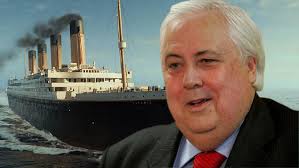 now be ready to, at the very least, take a good, long, hard look at their decisions and reassess them in the cold, harsh light of the PUP reality.

There should also be many pensioners who are very disappointed with the voting preferences that they gave, based on the lies, and subsequent backflips, of not only Abbott and the mendacious LNP, but also now, as it turns out… Palmer/PUP!

So the sad reality is that: 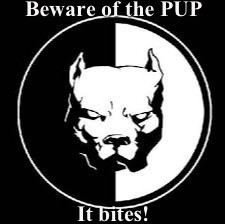 11 Responses to And this is what happens, when the PUP you adopt turns out to be a Pit Bull!

But The Shit Won't Quit

Shining through the obfuscations

A political diary for the future Generation

Examining the Abbott Government, one glass of wine at a time

A good laugh is better than a trip to the Dentist.

The only weapon worth using is truth.

SIT DOWN, HAVE A DRINK, RELAX.

Blowing the whistle on anything that blows....

You're in the right place